The former video vixen made this known via her Instagram page on Thursday, June 27, 2019. According to her, she was not in a domestically violent relationship and neither was her partner a violent person. However, they have decided to go their separate ways on a mutual term.

“Much love to you all, No one is perfect and these things can happen to anyone. However, I want to make one thing clear which is I am not a victim of domestic violence. My ex is also not a violent person and is indeed a great father to our two wonderful and precious little girls. We have mutually split and are great friends and even better co-parents to our children in our family that we started. God bless you all,” she wrote.

Fans and admirers of this beautiful video vixen will definitely be shocked at this latest development. Venita Akpofure and Terna Tarka got engaged in 2015 which was widely celebrated by fans and celebrities alike.

Venita Akpofure and ex hubby, Terna Tarka with one of their daughters [LindaIkeji]

A few days ago, we broke the news of the crash of another celebrity marriage. Queen Wokoma and her now ex-husband, Prince Kalade Allison called it quits less than two years after getting married.

Queen Wokoma’s less than two years old marriage to Rivers state politician, Prince Kalade Allison . In a post released on blogger, Linda Ikeji’s page, the politician announced the end of his marriage to ‘The Blood of Fire’ actress.

According to him, the union between them has come to an end and they would love for the public to respect their decision and that of their son.

“There is always an end to everything, and this is the end for us. It’s best we go our separate ways and please no bashing for the sake of our innocent son. I believe this is the best decision, peace is priceless and no man wants to die before his time. I am by this notice formally letting the general public know that Queen Wokoma is no longer my wife pending our final annulment (divorce). I wish her and whoever she intends to spend the rest of her life with the best in the future. #PeaceIsPriceless,” he wrote. 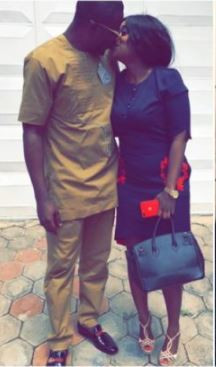 Even though it appears he has since taken down the post, it looks like their marriage had faced a lot of hurdles which they couldn’t withstand [LailasBlog]

Even though it appears he has since taken down the post, it looks like their marriage had faced a lot of hurdles which they couldn’t withstand. Queen Wokoma has not responded to this latest development.

Author TanjarinPosted on March 21, 2019March 21, 2019 0
(AllHipHop News) The ex-boyfriend of “Love & Hip Hop” star Erica Mena was gunned down in Atlanta in a tragic shooting. According to reports,...
Read More

New Planet of the Apes Movies Planned at Disney, Will Be a Continuation of the Saga

Author TanjarinPosted on August 7, 2019August 8, 2019 0
The Planet of the Apes franchise isn’t done yet, as it’s been revealed that the series will continue under Disney’s roof. Disney completed its...
Read More

Author TanjarinPosted on May 6, 2019May 6, 2019 0
Nigerian music sensation, Yemi Alade was dubbed as the African version of iconic songstress, Beyonce, by her colleague, Seyi Shay and the “Oh my Gosh” crooner abruptly rejected...
Read More